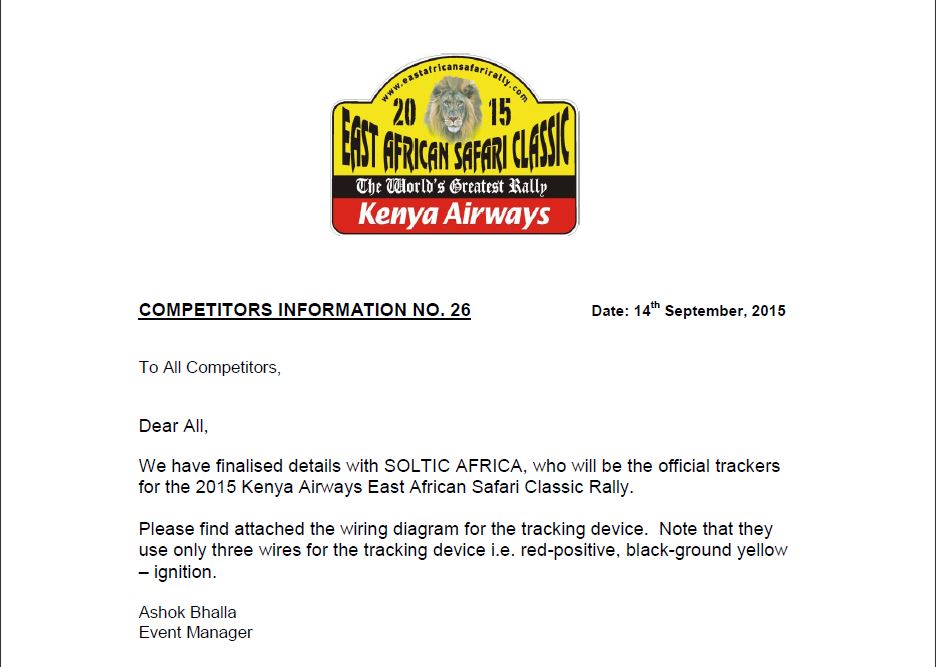 Live tracking a full scale rally using GPS devices is no easy task. For perspective, here’s its breakdown in numbers; The EASCR has 52 entrant vehicles, 6 Rally Officials vehicles, 2 sweeper cars (Route Opener & Route closer), 3 Ambulances and 2 helicopters.  That adds up to a total of 65 essential assets all which have to monitored in real time over a 9 day rally that has 24 stages in both Kenya & Tanzania covering  a total distance of a whooping 3,331km. To motorsport enthusiasts worldwide, this is the perfect motorsport event, not quite so if you’re a fleet manager.

For Soltic Africa, the bulk of the work would start months before the first car was flagged off at the Whitesands Hotel in Mombasa on November 19th 2015. A significant number of the entrant vehicles had to be shipped to the port of Mombasa from their respective home nations. It was therefore very important to have them installed with the tracking devices as early as possible to beat the last minute rush since we had already anticipated the crews would probably use that time to fine tune their vehicles to perfection before the start. (It would not be wise to jostle for repair/installation time with the participating crews). 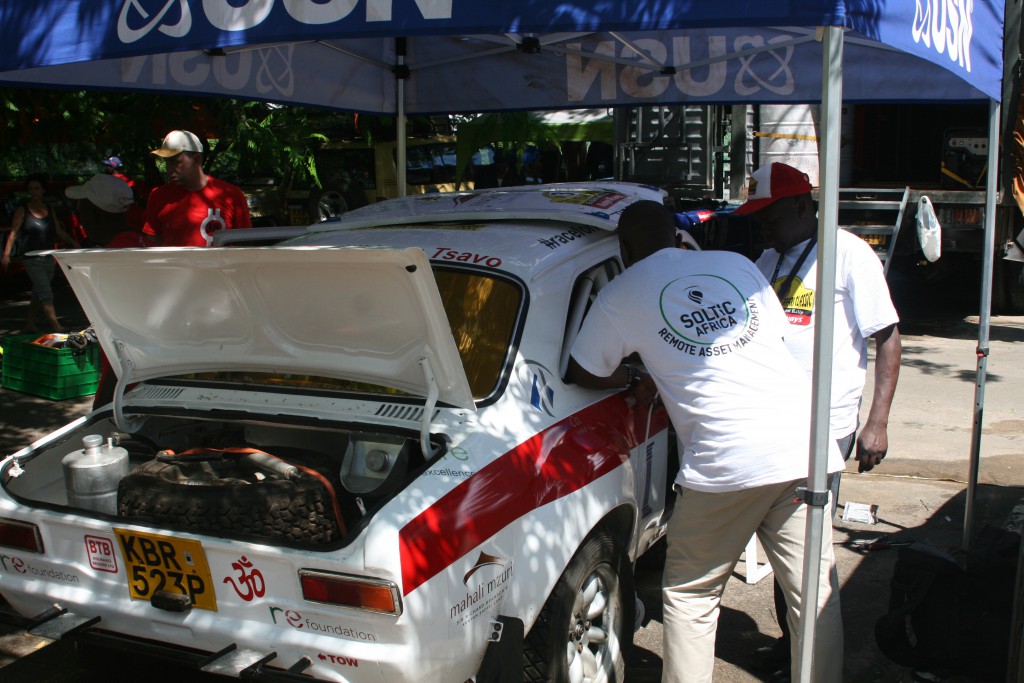 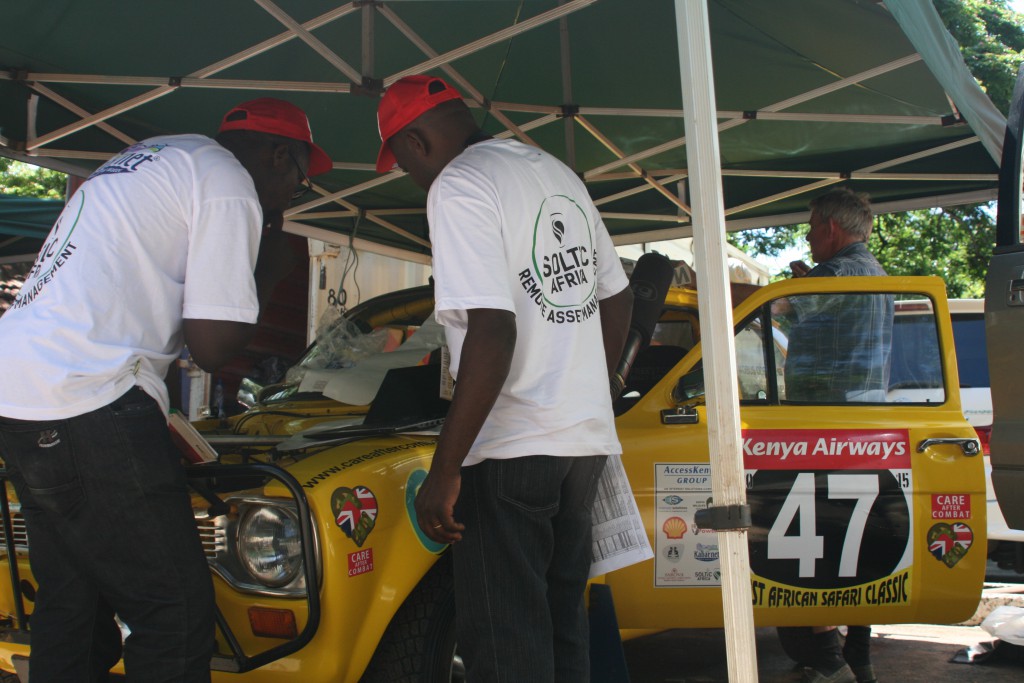 The EASCR15 was the first time a local tracking company was tasked with keeping track of all competing vehicles and officials ‘cars. Soltic Africa were not new to motorsport tracking, prior to the EASCR, we had served as a backup tracking service provider in 4 stages of the KNRC’s KCB Safari rally. We were confident our devices and systems were robust and could stand the rigours of the rally. However, nothing prepares you for the Safari classic; limits are pushed and sometimes surpassed. This generally implies that cars can end up flop sided or at the bottoms of ravines. The word “Classic” will actually mislead you into thinking this is a tame rally where the cars are driven at a snail’s pace to preserve their aging status. From what all of us would later learn, this is no classic-car parade on a lazy Sunday afternoon, the crews, drivers and cars are all tough as an old boot! 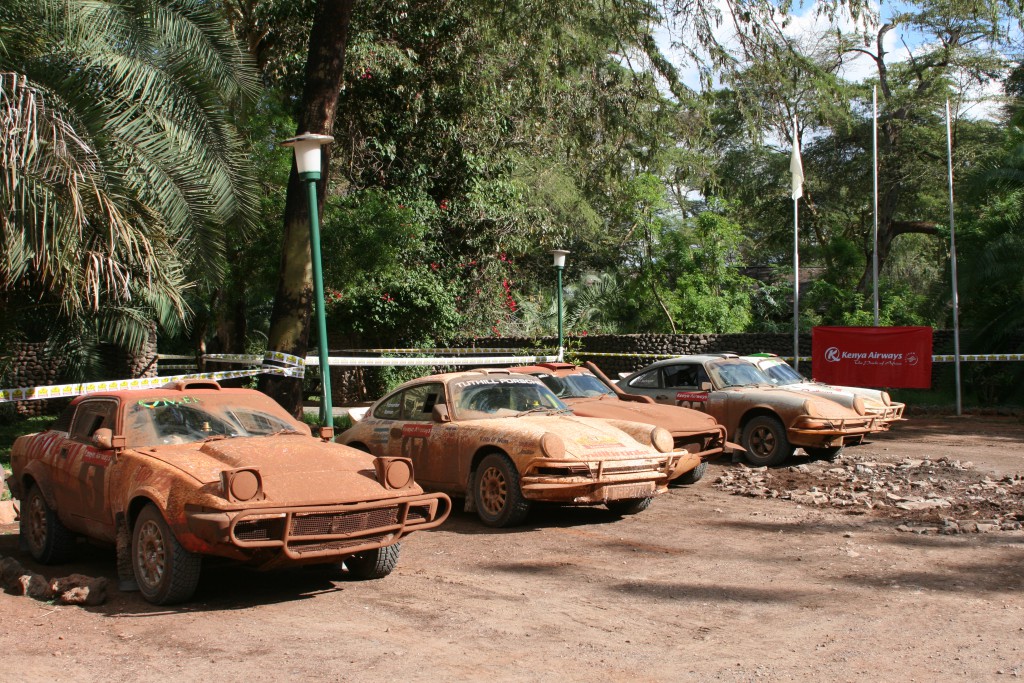 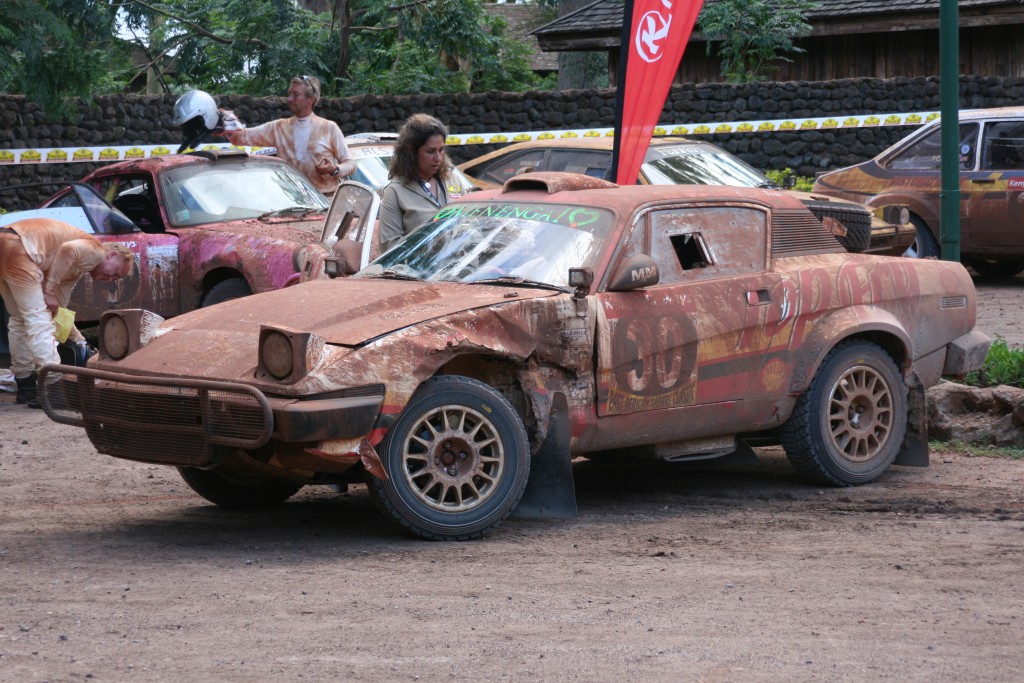 Due to the sheer expanse of the terrain the EASCR would cover, three separate tracking devices were used! The heightened safety concerns here meant that we were taking no chances. The small electronic modules fitted to the vehicles incorporate GPS, GSM and satellite communication capabilities. Using this technology, the devices can automatically transmit warnings, incident alerts and vehicle status data from the unit to our three separate Forward monitoring centres and Rally Hq in the most efficient manner possible. The main safety function of the Soltic system is to automatically generate hazard warnings in the event of an accident. This signal is transmitted immediately to race controllers, with each in-car unit indicating a competing vehicle’s speed, status (i.e start/stop) severity of collision/accident and location in reference to the designated course. This information would in turn be relayed to the various rally emergency response teams deployed at various stages of the course.

To monitor the alerts and interpret their severity, Soltic Africa relied on three teams of young, yet highly experienced race controllers. It was their duty to set up at every rally HQ (And it moved a lot!) always ahead of the clerk of the course and his team ready to give him vital information on what was happening round the clock when the course was live. Their days would start way earlier than everyone else’s and only end when the last ignition went off at the Parc fermé. This rally had a total of five rally Hq locations, spanning the entire course of the rally these were, The Whitesands in Mombasa – Kenya, Oltukai lodge in Amboselli – Kenya, Nsya lodge in Lake Manyara – Tanzania, Mt Meru Hotel –  Arusha, Tanzania & The Sarova Taita Hills game lodge, Kenya. They were backed up by a crew of three technicians whose work it was to troubleshoot the tracking units in all the vehicles before they went out the next day. “We simply could not afford to lose any asset.” – Reuben, a senior technician at Soltic Africa was heard mumbling to his colleagues. The race controllers’ role was to monitor the alerts issued by all the devices and sieve through them for those that actually required immediate attention. They would pass this information to their team leader who would crosscheck the data with the actual location of the vehicle using the GPS coordinates and raise flags based on the severity of the incident. This vital information would be passed on to the clerk of the course who would then take appropriate action to remedy the situation. 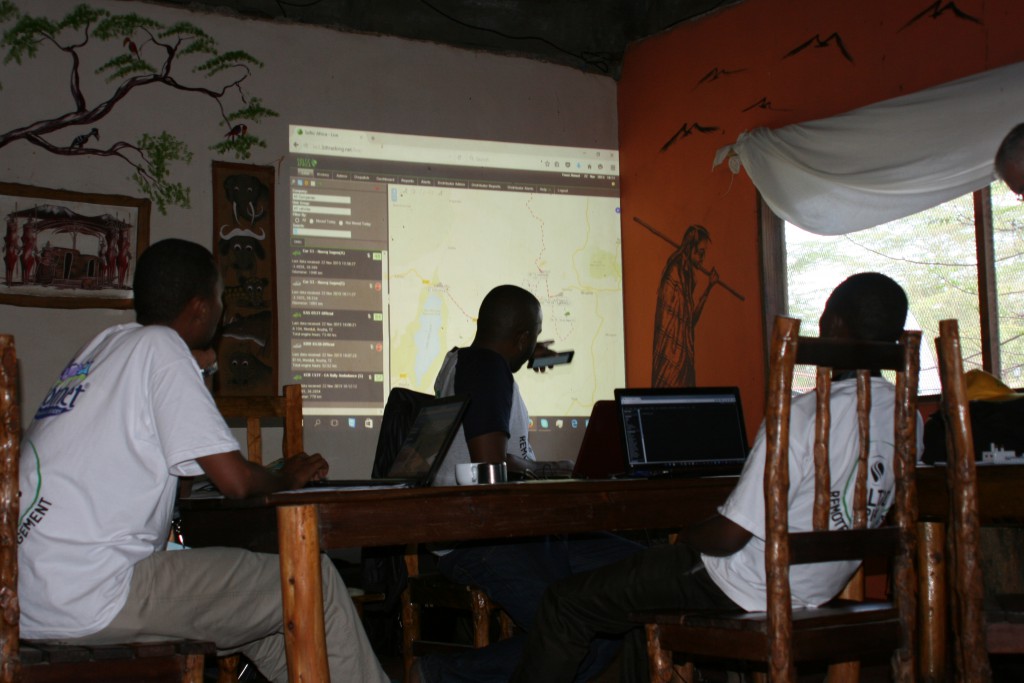 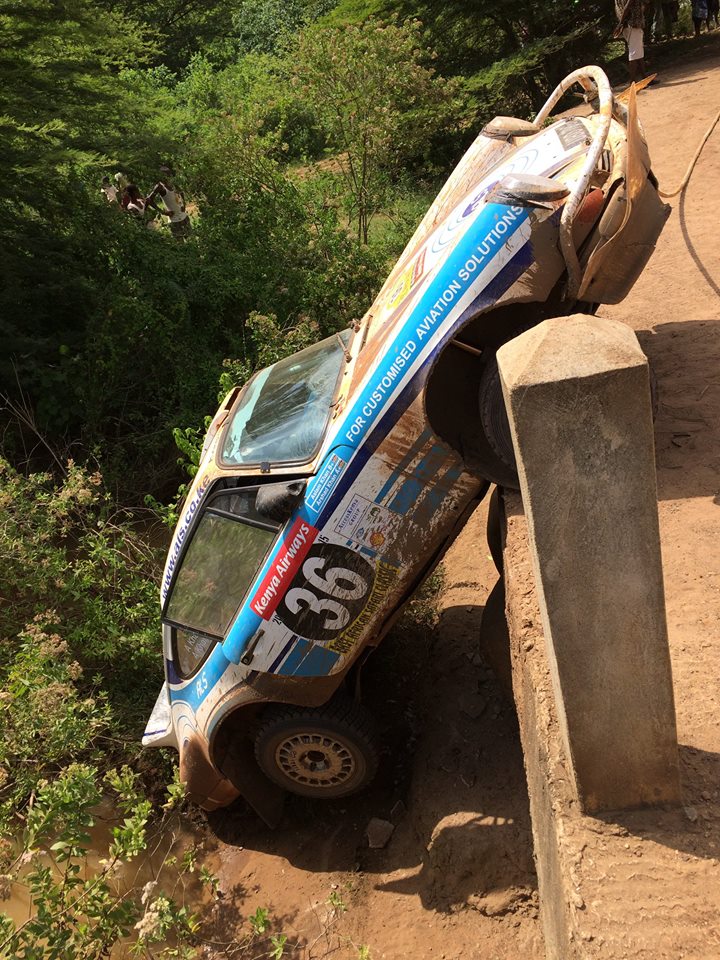 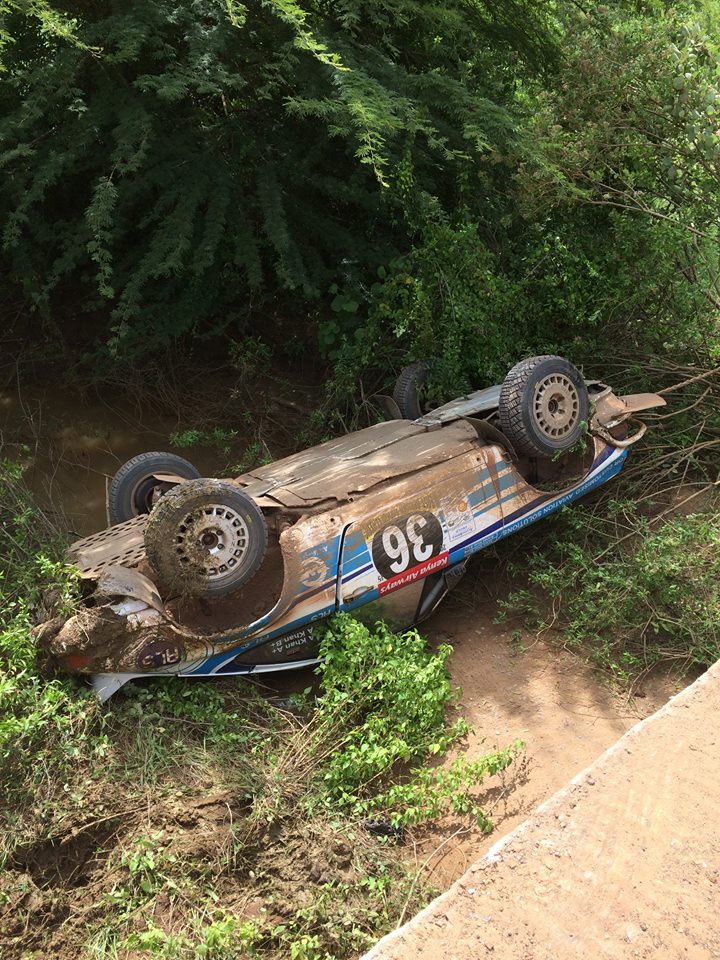 Such was the clockwork efficiency that went on behind the scenes at the EASCR. There were some nasty accidents; some rally cars went over bridges while some blew their engines. Others got stuck in mud holes, while others simply wouldn’t start. All were accounted for however by the Soltic Africa crew and thanks to the tremendous emphasis on safety the organizers of the EASCR had in place, there were no fatalities.

Historically, motor-sport has relied on human “Flag Marshalls” trained to signal cars off dangerous situations and in the event of mishaps, report back to rally HQ. However, flag Marshalls cannot feasibly cover every metre of a designated completion zone in such a legendary rally as the EASCR. Further still, they cannot be placed in positions that jeopardise their own safety, rallying is quite a dangerous sport. The Soltic system is able to cover the entire course and can notify rally HQ without delay to allow for sound decision making. All the data is transmitted via GSM or satellite to Soltic Africa’s web servers, where it is made available to the clerk of the course in an intuitive, easy to use graphical interface.

This provides rally HQ with up-to-date knowledge of all their event vehicles, emergency response resources and their corresponding stage statuses. Although safety is the number one priority function of the system, the Soltic system can provide two other key benefit streams – Timing and tracking. 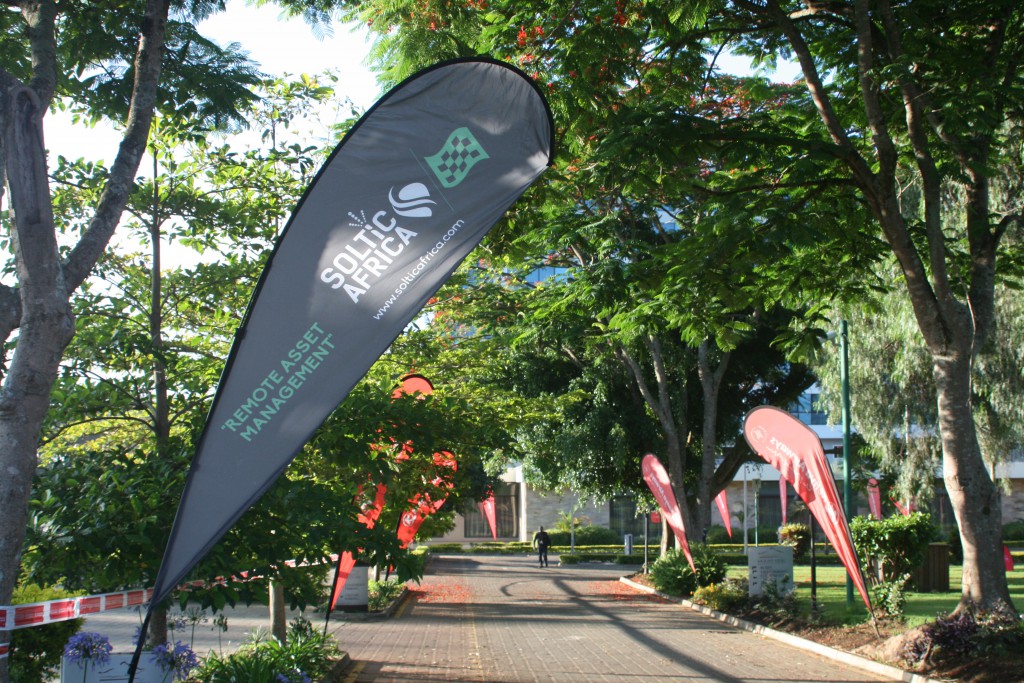 What Soltic Africa has done is solidify its place as a reliable fleet management solutions provider, an organisation actively engaged to deliver the specific results our clients need to manage their fleets. Ok, the food is away, the house is clean, the guests are gone… It’s a wrap. Job well done! 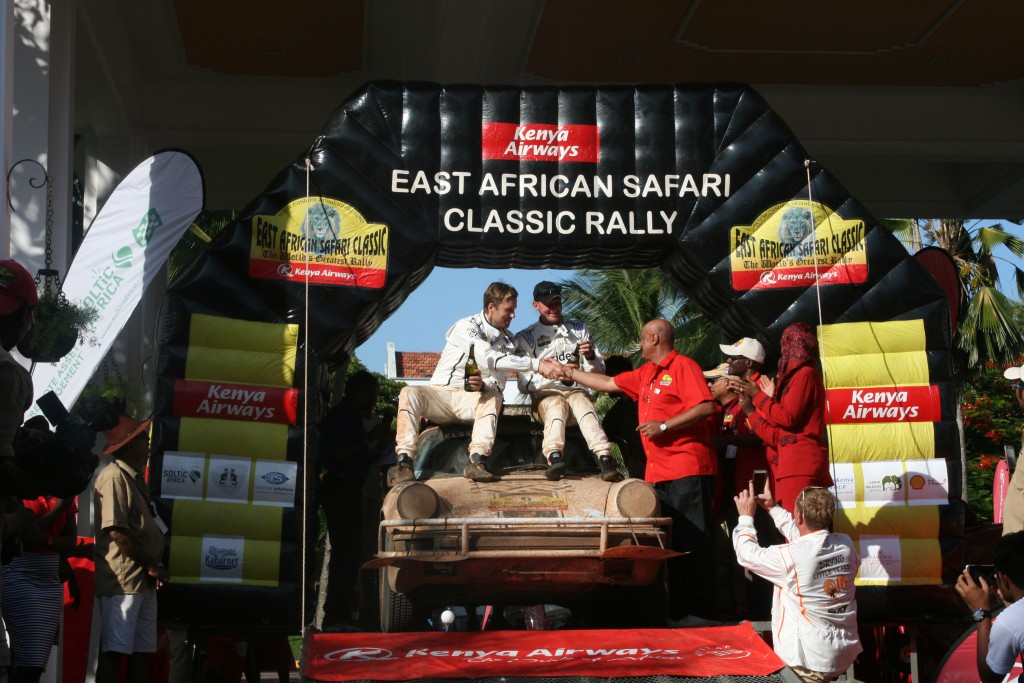 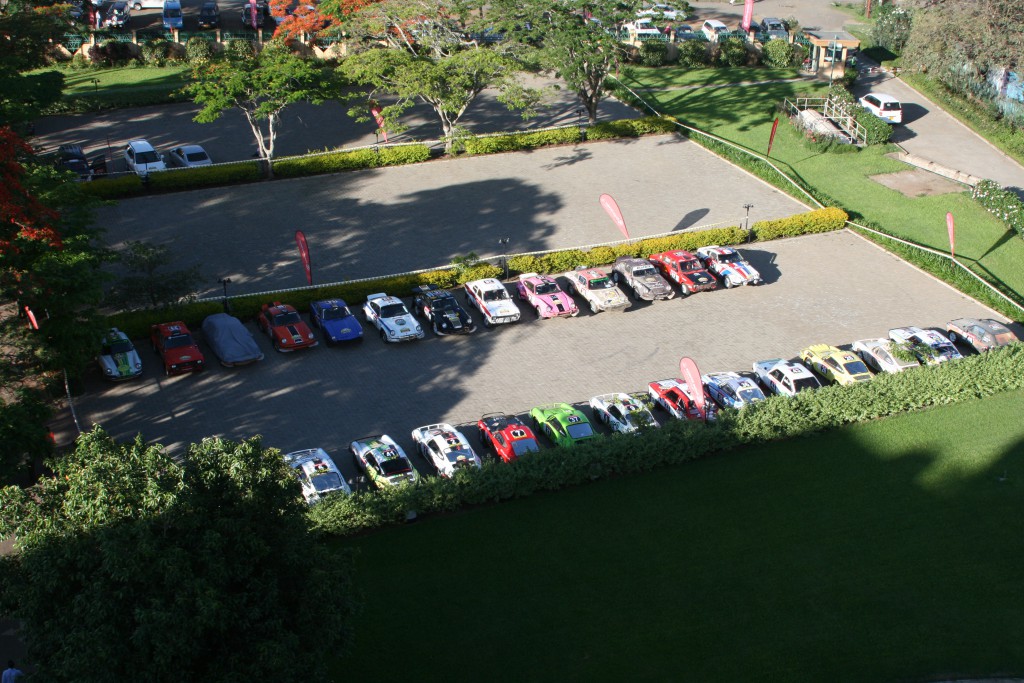